The more we delve into quantum mechanics the stranger the world becomes; appreciating this strangeness of the world, whilst still operating in that which you now consider reality, will be the foundation for shifting the current trajectory of your life from ordinary to extraordinary. It is the Tao of mixing this cosmic weirdness with the practical and physical, which will allow you to move, moment by moment, through parallel worlds to achieve your dreams.
—Kevin Michel

In 2010 a book came out that deeply intrigued me. I had just co-written a book about information theory and biology (Decoding the Body-Field: The New Science of Information as Medicine), and this book was right up my alley, hypothesizing that information is more fundamental than energy.  The book was Decoding Reality: The Universe as Quantum Information, and its author, Vlatko Vedral, PhD, argues that “outside of our reality there is no additional description of the Universe that we can understand, there is just emptiness. This means that there is no scope for the ultimate law or supernatural being—given that both of these would exist outside of our reality and in 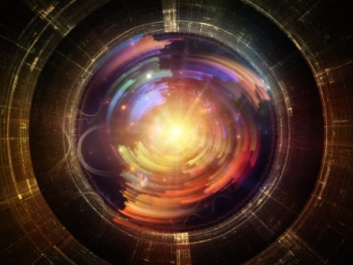 the darkness. Within our reality everything exists through an interconnected web of relationships and the building blocks of this web are bits of information. We process, synthesize,  and observe this information in order to construct the reality around us. As information spontaneously emerges from the emptiness we take this into account to update our view of reality. The laws of Nature are information about information and outside of it there is just darkness. This is the gateway to understanding reality.”

While I don’t agree with all of Vedral’s conclusions, his book provides deep insights that correlate to many of the core aspects of the Andean mystical tradition. So let’s take a look.

Vedral is not saying in the paragraph quoted above that nothing exists beyond the material world. There is an aspect to the universe that is immaterial. There may or may not be a supernatural being or Intelligence as First Cause, but we cannot ever know about them using the scientific process (natural laws such as the laws of physics, mathematics, inductive reasoning, etc.). We can, however, know the material universe, which is a subset of something larger, which he calls the darkness or the emptiness.

The same is true of the Andean tradition’s cosmovision. There is a unknowable immaterial universe called the kawsay pacha. A subset of this infinite field of 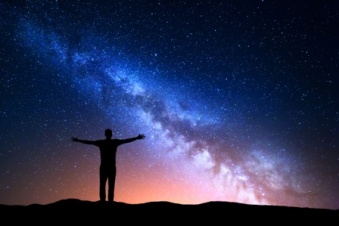 animating energy and information is the material universe, which is called Pachamama. All we can really know is the Pachamama, although through ayni we can interact with and even influence the immaterial kawsay pacha. Quantum allows for the possibility of a participatory universe. Andean mystics would turn that uncertainty into certainty, as according to their cosmovision, energy not only is responsive to information (including intention, human consciousness) but must follow intent.

Vedral posits that the bit (as in computer theory and application) is the model of the material universe, or Nature. Although because of quantum superposition, at the quantum level a “thing” (say, an electron) can be in all possible states simultaneously, once an observation is made the wavefunction collapses to display that object in the material world (our reality) in either an X state or Y state (for example, the electron is either here or there; its spin is either up or down, etc.). There is a twoness (digital 1 or 0) to the way the material universe manifests from the immaterial universe.

When it comes to energy dynamics, the Andean tradition is more digital than analog. There are only two expressions (or kinds) of energy in relation to the human energy body, but they are not really energies as much as informational states about energy. There is either sami (kawsay that moves) and hucha (kawsay that is slowed or barely 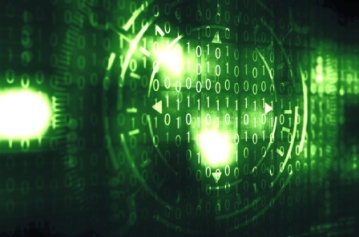 There also are two energy relationships, and in this case the dynamic is almost purely informational: masinitin and yanantin. Either an energy you are in engagement with or in relation to is similar to your energy state (masintin) or it is dissimilar (yanantin). Energy also is either compatible or not compatible with your energy state. There are no other core energy dynamics in the Andean system! In this respect, Andean mysticism correlates beautifully with Vedral’s theory of a digital universe at the energy and information level.

Bear with me as I paraphrase or quote from Vedral, because this text contains a lot of points that are applicable to the Andean tradition. He says that in “quantum theory, entropy is proportional not to volume (such as atoms inside and on the surface of a ball) but to the total number of atoms on its surface only.” The quantum correlation occurs in relations only: between one object and another. “So the total amount of mutual quantum information must be proportional to something that is mutual between the two”—in this case the boundary surface area of the two distinct objects.

So entropy as information content is not in the object but on its surface area. “It is a relational property of the object in connection with the rest of the universe.”  (For clarity, be aware that entropy here is from the context of information theory, not kinetic energy theories, and refers to how much information can be contained within that event. The more uncertain or random an event is, the higher its information content. But mostly we are concerned here with Vedral’s statement about boundary and surface area as being of greatest account in the relations between two objects and the information that can be gained through that interaction.)

In the Andean tradition, we say that each of us is the center of the universe because all we can know is our own experience—our own relation to the universe and others. When we come in contact with another energy body (a tree, building, or human being), all we can know is our own perceptions of that interaction. That perception can be of a masintin or a yanantin relation and perceived as an incompatible or compatible relation. Everything is dependent on relationship in the Andean energy work—the relationship as you perceive it between your own state of energy and the other energy entity. You really cannot know anything about the “real” state of the “other.” You can only assess your own energy perceptions in relation to that other. Therefore, the information is contained not within the self and other, but in the relational interaction between the self and other. Vedral says, “All quantum information is ultimately context dependent.” Meaning comes only through correlation—one thing in relation to another. The same is true of energy perceptions according to the Andean mystical tradition.

What’s more interesting is that the Andean tradition would agree with Vedral’s hypothesis that information is mostly (or only) contained in or on the surface area of the object. While Vedral is talking about what can be packed into an object’s surface area, we will look at his statement in terms of actual material surface. In the Andes we know that our poq’pos (our energy bodies) have an anatomy, including a surface boundary or “skin.” Hucha mostly accumulates on the skin of our energy bubble. It rarely penetrates very deep. When we experience loss of well-being, it is because hucha has accumulated on this skin—this boundary between the interior of our bubble and the outer world. We then use saminchakuy to “cleanse” this energetic 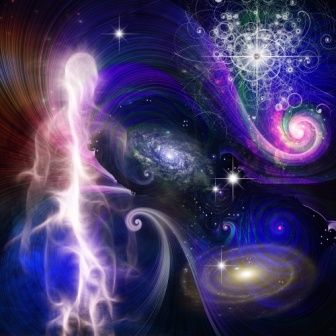 skin, just like we would wash the skin of our bodies.

One final point. The ultimate relational interaction in the Andean tradition is intention. Intention is pure information, which influences the energy of the kawsay pacha. The Andeans stand unequaled in history as having perfected practices for marshaling the force of intention to drive energy. If in quantum mechanics a “measurement” (and the ultimate measuring instrument is consciousness) collapses the wavefunction to manifest the immaterial into the material, in the Andean mystical tradition “intention” is that measurement.

In these ways and others, the Andean mystical tradition—its natural “laws” laid down thousands of years ago—seems to correlate well with the latest quantum theories, Vlatko Vedral’s being only one of many such theories.