develop seeing beyond the constraints of your physical vision. This enhanced vision is called qaway, which is seeing through your mystical eyes. Your goal as a qawaq is to see reality as it really is, without the screen of projections, illusions, and self-created limitations. As a qawaq, you see the past and present clearly and without impulse or sentimental emotion. You can even see into the future.

In contrast, the future—qayapacha—is behind you, because you can’t see it. Referring to the ñawis, you have only one eye, the siki ñawi of the yana chunpi, by which to view the future. Thus, it is less unknowable, although when you developed your qawaq/seer abilities, you can sense what may be coming, especially if you increase your mastery of pushing the kawsay (influencing the world of living energy). The future also is sometimes associated with the left physical eye, the lloq’e ñawi.

Although the seventh eye faces forward, and so looks at the past, it also has an integrating capacity. When you are qawaq and seeing clearly and soberly through both your physical and mystical eyes, then the past and future fuel your vision through your seventh eye, which is in the middle of your forehead (called the third eye in many metaphysical traditions). At the seventh eye, past and future coalesce

into the now (called the kunanpacha). Thus, you can improve your ability to see reality as it really is in your life at the current time. This mystical vision, coupled with your personal power, allows you to be in greater well-being because you can think, speak, and act according to what is necessary at the moment, without being impulsively or unconsciously driven by the whims of circumstance.

Being a qawaq does not mean you become clairvoyant, although you certainly can develop a similar ability. Being qawaq is less about predicting what is coming and more about living in well-being in the present. Ram Dass’s famous adage, “Be here now” is a good way to describe what qaway involves, but it goes beyond just being attentive or mindful to what you are doing or what is happening around you at the current moment. It extends to being able to see beyond the “story” of the self by 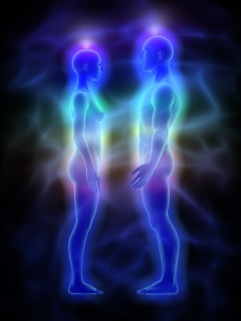 which most of us color our present life, usually in rosy hues. Seeing reality as it really is takes you beyond story and circumstance. It drops you deep into the center of your

personal power, whereby you can not only intend to be who you really are, but can actually more fully live as who you really are. It frees energy so that you can grow and change, helping you rise above any self-imposed limitations.

The Andean path is all about being able to better live up to your potential as a human being in the human world. Developing your personal power, which includes improving your mystical seeing, allows you to take greater responsibility for your life, to deal more artfully and effortlessly with the circumstances of life exactly as your life is right now. Best of all, developing your qawaq capacity allows you establish a deeper, truer, realer relationship with yourself.

way they do in many other traditions, such as the Native North American tradition. Let me say off the top that I know some Western paqos work with a Medicine Wheel, and so associate animals with each of the four cardinal directions. But I have no knowledge of that being the case in Peru or as a formula used by any of the paqos I have worked with or know about.

The most common use of animals as spirit beings in the Andean tradition is as representative of the three worlds. The lower world—the ukhupacha—is represented by the snake; the middle world—the kaypacha—by the puma; and the upper world—the hanaqpacha—by the hummingbird, and sometimes by the condor.

The serpent, as the amaru or anaconda, rises from the earth, and in the left-side work we raise it as representative of our personal power. It changes color as it rises up our body along the spine and positions its head over the crown of our head: shifting from green, to black, to red, to silver and finally to gold. The colors are associated with the chunpis, or belts of power, and we can call on the snake of the corresponding colored belt to quickly access the capacities of that belt. For example, we can rise the amaru as silver to access capacities of communication and holistic conceptualization at the kunka chunpi, or silver belt at the throat. Or, when we need to take quick action with decisiveness and will, we can raise the aramu in its red guise, which corresponds to the puka chunpi, or red belt at the qoqso, which is the center of personal power and kinetic action.

The puma is a representation of this material world, the kaypacha, and is mirrored in the geographical contours of the city of Cuzco, which is laid out in the shape of a puma. There are sacred sites and huacas situated along the body of the puma, some of which represent its chunpis.

The hummingbird is the messenger of the metaphysical God, bridging the upper world and this world. When we commune with spirits of the hanaqpacha—who are beings of perfect ayni—we say we are crossing the hummingbird bridge.

When we work with the chunpis and the Stairway of Seven Steps (which can be associated with the seven levels of human consciousness) we also work with eight helper energies: three of them are animals, four are humans, and one is the metaphysical God. We choose the seven animal or human helpers, so there are no universal symbolic associations with them. However, our zero-level helper is always a reptile; our first-level helper a mammal; and our second-level helper a bird.

These helpers can indeed help us! They hold the space within us for those capacities

which are undeveloped in us. They help us to gradually realize our fullness and use our gifts. They also can serve as protector spirits. I remember Juan telling me the story about walking in Amsterdam at night and being confused about the street path, since there was a trolley line right through it. As he walked he suddenly found himself making a leap, like a frog, off the side of the track and onto clear pavement. The movement happened spontaneously. And a good thing it did, as a trolley rounded the corner and would probably have seriously injured or even killed him if he had not leapt to safety when he did. He credits his zero-level helper, the frog, with motivating his spontaneous leap.

If you have gone through the lloq’e work of don Melchor Desa and have chosen helper spirits, don’t forget to nurture them. They are not just there for use during the workshop exercises. They are there to represent your unexpressed capacities and to help you grow into them. By nurturing a relationship with each of them, they can indeed assist you in your life and your development as a paqo.

Negative emotions like loneliness, envy, and guilt have an important role to play in a happy life; they’re big, flashing signs that something needs to change.

Fear is the greatest creator of hucha. Hucha, or heavy energy, always siphons off

your energy and so reduces your personal power. It weighs you down and keeps you from moving forward with well-being, grace, and ease.

Right up there with fear as wasteful of energy are two emotions that most of us have felt at some point and probably still carry with us in our poq’pos as hucha: shame and guilt.

We all can look back at our lives and see when we have acted with diminished personal power and from clouded perception. We all have things that we feel guilty or shameful about—things we have thought, said, and done that keep us bound to the past because they created hucha for ourselves or others. But the Andean tradition asks that we release that guilt or shame (or, more pointedly, that we not 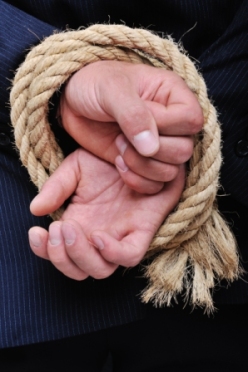 create hucha for ourselves because of guilt or shame). The Andean tradition would say that we should not feel guilty or shameful about things we did not have the capacity to do differently at that time. This is qawaq—being clear-seeing and perceiving reality as it really is (or was).

Usually feelings of guilt or shame come with hindsight. With the clarity of distance from the event and the passage of time, you can see the impact of your words or deeds and so judge that impact as helpful or harmful. Then you feel guilt or shame, or you don’t.  While it is valuable to admit your mistakes and shift your behavior, not forgiving yourself for them just creates more hucha.

When you judge yourself, you necessarily do so from the present, when some time has passed and you have likely developed greater capacities and so expect more from yourself. But you can’t judge your past self according to the personal power of your present self. If you do, you are failing to look back asking, “What was I capable of at the time of the event?” If you are clear-seeing, you might admit that you did the best you could at that time, even as you see now, looking back, that what you did was not beneficial to yourself or others. The Andean tradition gives you the benefit of the doubt. Should you do any less for yourself?

One way to discern whether guilt or shame is a justifiable feeling or not is to tease out from past events how much of the situation was due to your personal power (your will) and how much was due to your intention (state of your consciousness). Sometimes we are unconscious to the motivation for our actions. All the more reason not to torture yourself now for what you did then. But if, for example, you had the personal power for a large degree of choice and action, but willfully and intentionally did that which decreased the sami for yourself or someone else, well . . . then, yes . . . you might rightfully feel guilt or shame. You can then take responsibility for your lapse. You can probe to see what motivated your intention. You can learn from your mistakes and take responsibility, making no excuses for yourself. But don’t waste energy beating yourself up!

The point of self-analysis and self-revelation is not to punish yourself but to learn and grow. Long-term feelings of guilt and shame are a clue that you are stuck and

The path from “there” to “here” and from “then” to “now” is the path of energy flow. To move your energy in productive ways, use the two core practices of saminchakuy (to cleanse your bubble of hucha) and saiwachakuy (to empower your bubble with sami).

Consciously and energetically initiating beneficial change is a powerful way to increase your personal power and well-being.  So if you find yourself trapped in the past, feeling persistent guilt or shame or some other energy-draining emotion, use your Andean practices to begin to get the stuck energy flowing again. In the interest of integrity, make amends if you can—both with the recipient of your hurtful behavior and with yourself. But no matter what, always, always use your practices. Don’t wallow in the past, shift it by turning hucha into sami.