Once when talking with don Juan Nuñez del Prado, he mentioned that we can make connections between

the Andean tradition and other spiritual traditions, but that one tradition in particular was practically a mirror of the Andean tradition: the integral yoga of Sri Aurobindo. It’s not a mirror in its practices, but in its views about how we achieve the lofty goal of living as fully enlightened human beings. Don Juan’s comment sent me back to a book I had not read in a very long time:

Sri Aurobindo, or the Adventure of Consciousness. What I found there was exactly what don Juan said: philosophically integral yoga very closely matches the Andean spiritual arts.

There was one aspect of this comparison that particularly caught my attention: the two ways we can categorize spiritual traditions or practice: as either an “ascending” and a “descending” tradition. Most traditions, especially most of the “big” religious and spiritual schools, are ascending traditions. Fewer are descending. Let’s turn to two definitions and characterizations to understand these terms. First, from a dharma talk at the Insight Meditation Houston: “[T]here is a distinction drawn between what are referred to as ‘Ascending’ and ‘Descending’ approaches to the divine. . . [With the Ascending] . . . comes the notion of a hierarchy of being, moving upwards from matter to mind to spirit. Spirit is supernatural, literally, above nature. It is located in transcendent realms, and in the great world religions, salvation or transformation is conceived of as moving up the ladder, towards Transcendence, essentially leaving behind the lower realms of matter and worldly life. With that often comes a denigration of the body. . . . Pre-axial religions . . . such as animism and shamanism, are largely Descending. They view the divine not as above nature and the world, but as imbedded in it: the divine interpenetrates the natural world. Spirituality is part of the fabric of nature and the earth. Transformation is sought not by leaving the world, but rather by greater connection, a deeper order of connection, with nature, other people, the body. Ascending religions, then, emphasize a transcendent sacred; descending ones, an immanent sacred.”

More colloquially, here’s how Richard Rohr, writing for the Center for Action and Contemplation,

characterized ascending traditions: “Most of spiritual history, up to now, has attempted to get us out of this world of multiplicity, forms, worldliness, embodiment, and ‘sin’ into the Transcendent Oneness that most call God, holiness, purity, or simply heaven. . . . This rather universal desire for ascent surely proceeds from our understandable, but nevertheless egoic, desire to flee this ‘vale of tears,’ to ‘get saved,’ and to feel superior and somehow above all this messy diversity and sinfulness. However, this left us in an empty and disenchanted world that was hardly worth noticing because the Divine was always elsewhere and beyond.”

As you know from your study of the Andean tradition, we are definitely practicing the spiritual arts of a descending tradition. We humans are, in the words of Sri Aurobindo (sounding very much like an Andean paqo), where God-Spirit meets God-Matter. He shares the view of the paqos when he intimates that there is no need to long for or seek to escape to heaven, because the divine is here in the body if we have the courage to seek it. Andean paqos speak of kawsay—the living energy—which comes down and into us—if we are open and don’t block it. Our practice, at heart, is learning to effortlessly and as perfectly as possible absorb and radiate kawsay. Kawsay empowers us, so that through our own effort we can lift ourselves up the scale of human development, up the qanchispatañan 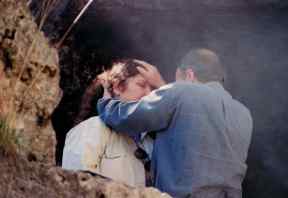 , or the stairway of the seven levels of human consciousness. This is a kind of ascension, but one whose goal is rooted fully in the human world, body, and mind. Our ascension is not to realms beyond the human, but to the heights of human consciousness. Ours is a practical tradition, not a sentimental one. Paqos would no doubt agree with Aurobindo’s view that as we progress along our energetic and spiritual path “‘on each height we conquer we have to turn to bring down its power and its illumination to the lower mortal movement.’ Such is the prize for transforming life, otherwise we would merely poeticize and spiritualize on the peaks, while below the old life keeps bumping along.”

Thus, clearing obstructions is our work, as it is in its own way for Sri Aurobindo’s integral yoga. As Aurobindo’s philosophy is explained, “Ultimately, progress is not so much a matter of ascending as of clearing up the prevailing obstructions.” We call these “obstructions”—the human conscious and unconscious beliefs, thoughts, and actions that divide us from our God nature—hucha, which is living energy we have slowed downed or blocked. Saminchakuy is our way of releasing the obstructions within that cause us to create hucha. Remember, hucha is sami—the refined or “light” living energy, only slowed down from its natural state. Although we use the word “release” when describing what we do with our hucha, really what we are doing is simply opening our bubble (poq’po, or energy body) and using focused intention and perception to receive what is already and always flowing down to us (and toward us from every direction): this is the flow of God-Spirit into our God-Matter, which over time can help us enhance our ability to live as Taytanchis ranti, God in the human form.

Andean paqos, thus, teach that we are not seeking to leap beyond the human, but to perfect our humanness. Our work entails the energy practices for realizing the God within. Our kanay, is the capacity to know who we really are and to have the personal power and refinement of consciousness to live as who we really are. Who are we? As mentioned above, we are, in potential, Taytanchis ranti: we are the equivalent of God in the human form. We are a Drop of the Mystery, seeking to perfect our harmonization with the God within us, with our Godlike nature. Thus, the focus of our work is our humanness. Our focus is not on striving to rise above this world, seeking to be worthy one day to enter 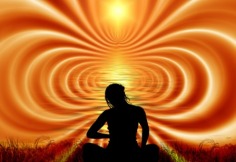 the hanaqpacha (upper world, what some might call the heavenlike realm of pure sami). It is to bring heaven to earth because we have realized our God nature.

Aurobindo again sounds like an Andean paqo when he says, “Such is the key to transformation, the key to overcoming the laws of Matter by using the Consciousness within Matter. . .” Spirit is a descending force that “is actually a formidable mass of energy limited only by the smallness of our receptivity and captivity.” Our practice, like that of much of integral yoga, is learn to be receptive: to perfectly absorb and radiate kawsay. To perfect our inner nature right here is the messy, challenging, sometimes heartbreaking—and yet oh-so-amazing and wondrous—human world. As so many of the prophesies of the Andes tell us, we are seeking to create a Heaven on Earth, peopled by human beings who have realized their God nature. The paqos predict the rise of the Runakay Mosoq, the rise of the New Humanity. But that “new” humanity is us: when we live fully from our Inka Seed we will have realized the sixth level of human development, where instead of ascending to be angels we live on Earth as fully enlightened human beings.