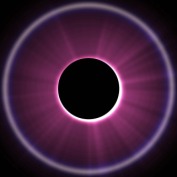 uppermost ñawis, or mystical eyes, saying that these were the three ñawis he least understood how to use. Our discussion prompted this post. However, I alert readers that this material is advanced knowledge and will only make sense if you have taken the training through don Juan Nuñez del Prado and his lineage or from his well-trained students, and only if you have had the Ñawi K’ichay and Chunpi Away karpay. Also, I recently emailed with don Juan about this and I will quote from him directly, as you are better off hearing the teaching from him when you get the chance than from me!

Before I get into this, let me call out the Quechua words so I don’t have to keep interrupting the flow of sentences to translate and define. Qanchis means seven, soqta means six, and pisqa means five. Phaña/paña means right and lloq’e means left. Yachay is knowledge, munay love under your will, and llank’ay the ability to take action. Chunpi is a belt of power, of which there are four, and ñawi is a mystical eye, of which there are seven. Poq’po is your energy body, the bubble of energy around and interpenetrating your physical body. A saiwa is a column of energy and a seqe is a cord or stream of energy. Yanantin refers to the dichotomous or complementary nature of “dissimilar” energies, such as light and heavy, sun and moon, up and down, etc. A hapu/japu is the perfect harmonization of yanantin energies.

So let us now get to the three eyes. The three uppermost mystical eyes are the seventh eye in the middle of your forehead, called the qanchis ñawis, and the two physical eyes (right, or paña ñawi, and the left, or lloq’e ñawi ). Juan explains that the seventh eye “perceives the metaphysical world: visions, visualizations, dreams, imaginations, nature spirits, supernatural beings, bubbles [poq’pos], saiwas, seqes” and more. The two physical eyes perceive the material world, but each through the lens of one specific human power. The right eye is considered the sixth eye and, as Juan says, “perceives physical reality, but from the perspective of its rationality (yachay).”  The fifth eye is the left eye, which also “perceives physical reality, but 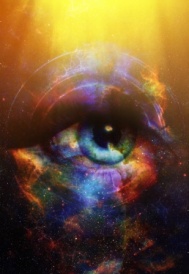 from the perspective of its practicality (llank’ay).”

The capacity of the seventh eye is qaway, or mystical vision, but I also have come to think of qaway as the synthesized perception we achieve by using these three eyes together. If we can see through all three upper eyes simultaneously, we can develop the abilities of the seer, the one who views both worlds as a yanantin, as the complementarity of these two different aspects of reality (the energetic and the material).

If you are “working” only one view—the purely energetic or the purely physical—you are leaving half of yourself unexplored and undeveloped. As a matter of fact, each of us is receiving input all the time through all three eyes, but we tend to process the signals separately. Most of us predominantly process input from the fifth and sixth (physical) eyes, and only occasionally, perhaps during ceremony or while using an energy technique, are aware of input from the seventh eye. But if you can simultaneously process the input from all three eyes, you can eventually achieve a japu, a perfect harmonization of the two views of reality.

You are already “wired” to do so. Each of these three uppermost ñawis has an energetic cord, or seqe, that runs from it back into the skull, joining together into a single seqe in the middle inside of the head. That single seqe then runs into the top of the spinal column, joining these three eyes as a unit with your nervous system and linking them to all the other ñawis. So you have the capacity wired into you to see holistically by taking in and processing input from all three eyes at once.

In Rumi’s poem “Wetness and Water,” he writes, “Your boundaries are your quest.” How true! How are we bound by lack of clear-seeing? What do we miss when we develop only one aspect of our processing capacities, overemphasizing the physical senses at the expense of our metaphysical senses? To begin to develop the 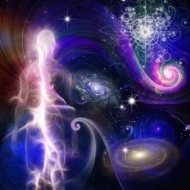 integration of the views provided by our three uppermost eyes, we have to know our kaypay—our stage of development of personal power at the current moment. We have to know, clearly and deliberately, our starting point. That means, as I always stress to my students, as you do energy work you have start from right where you are and in the exact psychological and energetic condition you are right now. Wishful thinking about your capacity to use your powers gets you nowhere. So, it is wise to be realistic about how well you are using your personal power, the three human powers, your ñawis, and your other mystical and energetic capacities. When you find room for improvement, the solution is to diligently practice your energy techniques.

Don Juan explains, “Your basic powers are munay, yachay, and llank’ay. Other powers are phaña (right), lloq’e (left), and chaupi (middle)—these are the three [uppermost] eyes. These basic human powers are ways of tuning energy: the right side through knowledge, the left through action, and the middle through love—with the seventh eye as the chaupi.” The seventh eye as chaupi is the integration point, where we synthesize our powers and perceptions.

However, we tend to be like the three bears in the kids’ story: we are “too big” (overdeveloped) in one capacity, just right in another, and “too small” (underdeveloped) in a third. The same goes for our qaway. Most of us are overdeveloped in seeing the physical world using our five senses, with an emphasis for most of us on sight/the visual. We tend to be undeveloped in sensing or perceiving the energetic aspect of our world. Or, if we are sensing through our seventh eye, we can be distorting what we see because of our projection of story, belief, judgment, ego, wishful thinking, and so on. That’s why I believe a sober self-assessment is necessary and beneficial. When we understand our own state of development, we will better know which ñawis and which of our powers need our 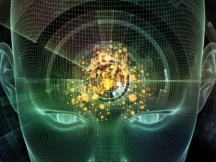 To my mind, the attainment of qaway by integrating the perceptual views of the three uppermost eyes is like discovering the “Theory of Everything” that physicists are on the hunt for—the harmonization of Newtonian and quantum physics. There is some “third” reality that is the complement of the differences (a japu) of our yanantin energetic and physical reality. This is the reality known by the “seer,” or the qawaq.

Our training in the three aspects of the path—the paña, chaupi, and lloq’e work—provides us the means of taking action toward this harmonization of the self, with particular attention paid to the left-side practices. As don Juan reminds us, the three uppermost eyes are “cleaned and activated deeply by the initiation of the left side [don Melchor’s work] that includes a water initiation (Unu Karpay) and a succession of seven saminchakuys that are accompanied by a series of power actions [involving the exercises we do] with qaway, rimay, kanay, munay, tusuy, atiy and tarpuy.” After these seven practices, we conclude the left-side work with “four saiwachakuys, which are plastic manifestations of the kawsay—living energy; this involves working with the mallki, qanchis poq’po, tawantin and amaru. Plastic manifestation refers to modeling kawsay by intention and giving it a specific [energetic] form, for example as a mallki—a tree.  Sometimes the plastic [energetic] manifestation can be seen not only by the practitioner, but by other people.”

Some of our chaupi work also is especially relevant to the development of our qaway ability. I had asked don Juan specifically about the energy tuning practice of looping energy through the inside of the head (work we learn to do in the chaupi section of training, which is the work of don Andres Espinosa). He had previously mentioned to me that this looping process can provide a deep release of hucha. And that we can specifically deeply release hucha from our personal past while doing it! When I asked him to explain more, he offered the following explanation.

“It seems that around the head there is a small circular energy field—a little poq’po inside the [overall larger] poq’po. The energy is very concentrated there, and if one 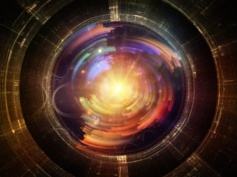 focuses his intention, he can use it as a kind of motor for the [looping] exercise. When this happens, the small field rotates as a kind of mill that extracts hucha. Of course this hucha comes primarily from the head of the practitioner, but by intention it can be made to be of the whole body, or of the [personal] present or of the [personal] past, or of the three eyes that are in the head [ the two physical eyes and the seventh eye]. But it depends on the intention of the operator. One consequence [meaning, one effect] is the property of the small field, but another is the will of the operator.  You can intend to move the energy in many ways through this looping flow: between two people, to clean your three upper eyes, to clean the energy of a client’s poq’po or body, to clean your personal past, and so on.”

I predominantly use the looping energy flow to tune energy, especially for healing. So I was surprised and delighted to learn about this “small circular energy field” around the head and how to use it. After more than twenty years on this path, I am always learning more . . . and I am happy to pass on this information to you.

Yet beyond this kind of specific information, don Juan’s explanation reminds us that as a paqo you are like an artist, applying your knowledge in artful ways to achieve 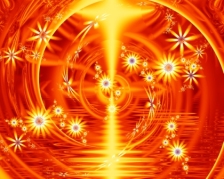 your desired goal. The same practice that helps you develop your qaway ability, to deeply cleanse the three eyes so you can more fully and comprehensively “see” reality as it really is, also can be used for many other ends. With each conversation I have with don Juan, and with his son don Ivan, I marvel at how my understanding of our work deepens, and I further appreciate how it is indeed a sacred art. While this post has focused on the three upper eyes, the information applies to how we work with our entire poq’po and use each of our practices. Speaking only for myself, practicing in an “artful” way deepens my absorption in the practice and, usually, improves the result I achieve. The same can be true for you.