Is a layqa a being of lightness or of heaviness? It depends on whom you ask.

Before we even begin discussing what a layqa is, let me mention that it is spelled a number of different ways. You might know this term as laeqa, laika, laiqa, or some other spelling. The most universal spelling in the literature is layqa, which is an Aymara word. More on that later. . .

So what is a layqa? Almost every source, from a Quechua dictionary to serious

anthropological sources, defines a layqa as a magician, wizard, sorcerer, or witch—a paqo who uses his or her personal power for selfish and even destructive reasons. For instance, the dictionary of the Academia Mayor de La Lengua Quechua, Cuzco, 1995, defines layqa as (my translation from Spanish):  “A brujo (witch or sorcerer) or hechicero (wizard, one who bewitches). A person with malevolent intent or intending to bring harm, injury, or even bad luck to another person.”

One of the most respected anthropologists of Inca traditions, John Howland Rowe, says in his seminal article “Inca Culture at the Time of the Spanish Conquest” (published in Handbook  of South American Indians, edited by Julian H. Steward, vol 2: The Andean Civilizations, 1946) that at the time of the Conquest, the Quechua word for sorcerer was kawco, but in more modern times the Aymara word layqa was used to denote practitioners of black magic, who were “hated and feared by the Inca.” Those convicted of sorcery were often put to death, along with their entire families (Rowe, 314).

Aymara is a language spoken in the Andes, principally in Peru and Bolivia. The Bolivian legend of the “Salt of Tunupa” recounts how the local people feared the 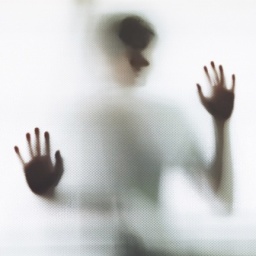 Qullpa qullpa layqaysaqa—literally,  the “haunted salty earth.” Layqa is the ancient Aymara word for wizard, although in the deep recesses of time it could have referred to any practitioner of the healing arts or the sacred arts, what today we might call a paqo. But that meaning is lost to the recesses of time. Almost every recorded oral history or written history of the Andean peoples reports that the term layqa refers to a witch or sorcerer. This is the term contemporary indigenous people in the Andes use when referring to those who practice black magic.

As an example, in the renowned rendering of the oral history of the life of a single Quechua man, Gregorio Condori Mamani: Autobiografía (Ricardo Valderrama Fernández and Carmen Escalante Gutiérrez, 1977), the term locals use to indicate a paqo who has turned to practicing witchcraft is layqa. (As an aside, Ricardo served as my Quechua translator during the interviews for my book on the Q’ero, Masters of the Living Energy, originally published as Keepers of the Ancient Knowledge.) Another example is from the dissertation of Regina Harris, a comparative literature explication on the “Ukhu Mankakuna: Culinary Representations in Quechua Cultural Texts” (texts were both colonial and contemporary; University of Maryland), in which she reports that there are cooks who produce “malevolent” food. Such a cook is called a layqa wask’uq, a “witch cook.”

Everywhere you look in the Andes, the term layqa has an agreed upon usage: it means a someone with malevolent intent.

As I indicated earlier in this discussion, there are some suggestions and perhaps even evidence that the term did not always mean someone who practiced the dark arts. At one time, it is possible that a layqa was simply a paqo, even a healer.

Medical anthropologist Alberto Villoldo, who teaches Andean and other traditional sacred arts through his organization The Four Winds, and researcher Ina Rösing, a German anthropologist, espouse this meaning. They may be correct. But my questions are: Does it matter what this term used to mean in the far reaches of time? Isn’t it more important to use it according to its most widespread and more contemporary meaning?

A case can be made either way. For instance, knowing what it used to mean can be useful, especially if we consider that the meaning of paqo or healer could have been corrupted by the Spaniards who chronicled the Inca culture after the Conquest. They generally imposed their Christian beliefs on this culture, labeling paqos as witches or sorcerers.

However, even allowing for the very real possibility that the word layqa may have been unintentionally or intentionally corrupted by Christian chroniclers does not, to my mind, settle the issue. Here’s why. When we speak, we want to be understood. So when we use a word, we assume that others know the generally accepted meaning—that we share and mutually understand the word in the context in which it is used. The generally accepted meaning in the Andes for hundreds of years is that layqa means sorcerer. So if you use the term, you can expect that Andeans (and those of us who have learned one aspect or another of the “spiritual” tradition of that culture) to understand that term to mean sorcerer. If you don’t agree that generally accepted usages apply to conversation or writing, then you are on your own in terms of risking misinterpretation or being an audience of one.

It’s a fact of cultural evolution that word meanings change over time. Sometimes that

shift is a result of egregious injustice, such as the oppression of a culture by a colonial power and their forcing their beliefs on the indigenous population. But the trajectory of change over time does nothing to negate the fact that the meaning has indeed changed. If the local populations for hundreds of years have used the word layqa to mean sorcerer, it doesn’t matter if you know it might once have meant any paqo. The fact is that it doesn’t mean that anymore. So, a revival of that archaic meaning among modern English speakers is a rather dubious endeavor.

As an example of what I mean about the logic (and, even, the necessity) of accepting current usage, let’s look at the English word “nice.” It comes from the classical Latin nescius, which means ignorant. That’s the meaning that informed the word as it entered Anglo-Norman usage and eventually found its way to Old English. The word’s meaning morphed along its route to modern English. In the 1300s, it meant silly and foolish in addition to ignorant. By the 1500s, its meaning had shifted to mean meticulous, sharp, or attentive. By the 1800s, it meant agreeable and pleasant, a meaning the word “nice” carries into our current lexicon. If you use the word “nice,” we all understand you are extending a compliment to someone. It doesn’t matter that it would have been an insult hundreds of years ago. Words change, meanings change. Communication means assuming current usage and definitions, not archaic ones.

I feel that same logic applies to layqa. If you use that word with the majority of non-Andeans who study the sacred tradition, we will understand it to mean sorcerer. If you use it with most contemporary Andeans, they will understand it the same way. If you use it with most paqos today, they will understand you are not speaking about them, but about someone who has lost his or her way in their ayni on the path. The contemporary word for a practitioner of the Andean sacred arts is paqo. The word layqa denotes a significant distinction, meaning a paqo who is abusing his or her personal power.

In fact, there are even despacho practices that relate to the layqas; and in at least one, we run into an entirely different definition. Sandra Corcoran, author and 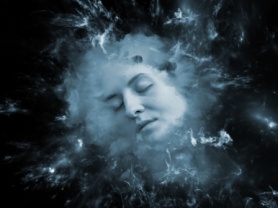 teacher of the Andean sacred arts, told me about an experience she had some years ago with a group she took to work in Peru. The paqos who worked with the group included a mestizo who was fully initiated in the mystical tradition and a Q’ero elder, and they defined layqas as “the energy of hungry spirits” who come to feed upon humans’ heaviness, especially unresolved, dense emotions. “They don’t create illness,” they explained, “but because they feed on an individual’s heavy energy, that person may experience the effects as illness.”

With this particular group, they did a despacho as an invitation to these hungry spirit beings. The specific layqa despacho bundle that had been purchased in the Cuzco marketplace was full of dark, unpleasant, even rotting items. The despacho was made from these items and then offered to both “collect the unbalanced energies or illnesses within the group and offer them to the layqas as the food they enjoy, and to remove any impact the layqas might have on the group members’ energetic, physical, emotional, mental and even spiritual bodies.” Instead of being burned, the despacho was tied to a heavy rock and offered to a fast-moving river, because for the Q’ero, according to Sandy, “the water represents the emotions, and out-of-balance emotions are the layqas’ biggest draw.”

I had never heard the meaning of “hungry ghosts” applied to the word layqa, but it makes sense in light of the almost universal meaning of sorcerer. Still, there are some vestiges of its possible original meaning of a paqo, as explained below.

My primary teacher, Juan Nuñez del Prado, has explained that his teachers, especially don Benito Qoriwaman, understood the layqa to be a paqo who is deficient in his or her ayni. It is a paqo who has become selfish and chosen to move the kawsay for the benefit of only him- or herself instead of for the benefit of others. It is someone who as a paqo has personal power—he or she can push the kawsay—but who chooses to use that power for personal gain only. Thus, in this definition we retain the sense of the word as a paqo. And while we don’t go as far as calling the paqo a black magician, witch or sorcerer, we do understand that he or she has chosen to walk the path with heaviness rather than lightness.

So, to end this long discussion, I offer the opinion that if you want to be understood among your peers on this path and the indigenous Andean people and paqos, there is no common or widely accepted meaning of layqa that in contemporary usage denotes anything other than a failed paqo at best and a malevolent practitioner (or hucha-hungry spirit) at worst.