Because I teach the Andean tradition, I get a lot of questions from students. Perhaps you may have some of the same queries. So today my blog post will reproduce come recent questions and my answers. I offer my understanding of the tradition as passed on through my training with my primary teacher, don Juan Nuñez del Prado, and his son, don Ivan, who has also been an important mentor to me. My answers, of course, also reflect my own thinking about the tradition and reasoning about its practices, meanings, and applications.

What are the distinctions between kawsay, sami, and hucha?

Kawsay means “life” and it is the foundational, animating energy of creation. It is the “living” energy. Truthfully, we don’t know what it actually is. It is beyond human conception, just as ki, chi, and prana are at heart inexplicable. Whatever First Cause is (God, or whatever you want to call Original Consciousness), it expresses itself as kawsay. Kawsay, then, can be thought of as the animating expression of Creator. Kawsay is the essence of everything, so that everything, both natural or manmade, is infused to some degree or another with beingness, even with a measure of consciousness.

Everything in the material world is made of sami, including human beings, and we want to be as full of sami as we can be. Sami confers well-being at every level of our existence: physical, emotional, mental, spiritual, in the condition of our bodies and of our lives.

Everything in the material world absorbs and radiates sami. Everything, we can say, is in perfect ayni, or reciprocity—except for human beings. Because of our complexity, especially that of our thoughts and emotions—which can be a wild rush of conflicting energies and impulses, confused and even hidden from our conscious minds—we can slow down or block sami from flowing through us. Hucha is this “denied” life-force energy, some of which becomes stuck on the surface of our energy field or inside us. The Andean paqos have a name for this slowed or blocked sami: hucha. It’s ancient name is llasaq kawsay, literally heavy living energy. Hucha is not negative, bad, harmful, or dangerous. It is only slow sami. It is sami that has lost some of its transformative power. So it feels heavy to us. If too much accumulates on the surface of our energy field or within us it can make our lives feel heavy because it reduces our overall well-being.

Do we work with the elements of nature, such as sun, water, fire, air?

Not really, although technically you can work with any energy and every energy, including elements such as wind and sun. This question mostly comes up in relation to the ñawis, the mystical eyes, because each of the four lower mystical eyes are associated with a spirit being. The association is as follows :

Siki ñawi, eye of the root—Mama Unu, Mother of the Waters (rain)

These are universal spirit beings, because every human being across the globe is touched by them. So they are known by and available to everyone.

You are working with these spirit beings, not with their physical elemental manifestation of water/rain, soil/natural world, light/ heat, air pressure/air movement. You work with them just as you would any other spirit being, such as an apu (spirit being who lives in a mountain), by developing a personal relationship with them. Their natures differ, and you can learn from their unique powers. Father Wind is flexible, changing, moving. Father Sun is illuminating, revealing, enlightening. Mother Earth provides everything to us. She is fecund, productive, empowering, strengthening, stabilizing.  Mother Water is refreshing and revitalizing, cleansing and transformative.

There are other spirit beings that are not universal, but more localized in nature. These include the mukis, gnome-like beings; anchanchus, nature beings of the lakes and caves; sachamama, amaru (anaconda/snake) of the forests; phausi runa, playful spirits of waterfalls and water cascades,  and so on. As you can see, in the Andean tradition we work not with elements but the spirit beings themselves, and they can mentor, counsel, and guide us, imparting to us some of their own qualities.

Is the tradition Q’ero?

Only partly. This is the Andean mystical tradition, meaning common to those  groups who live in the south-central Andes. Historically, the Q’ero have been highly respected throughout the region as the finest paqos. However, the tradition as passed down through don Juan Nuñez del Prado is comprised of the knowledge of two lineages. Only part of the training was passed on to him specifically from the Q’ero Wachu (Inkari lineage) through the late don Andres Espinosa; the other aspects of the training are from the Cuzco Wachu (Waskar lineage) through the late masters don Benito Qoriwaman and don Melchor Desa. So unless you are working exclusively with the Q’ero, it is more accurate to call our work and practices Andean to honor all the paqos of other nations/groups of the region who have shared the tradition with us.

Is a layqa a light being?

That’s not the meaning today, and hasn’t been the meaning for hundreds of years. There may have been a time far back in the reaches of Andean mystical history when a layqa simply meant a paqo. (This word is also commonly spelled laika and laeqa.) But at least since the time of the Spanish Conquest, it refers to paqos who have lost their way along the path and so practice without ayni or to others who are using their power in self-interested ways for their own ends rather than with the good of all in mind. In the anthropological literature the term layqa is used by everyday Andeans (who are not paqos) to mean sorcerer or witch. Just about every online translator of Quechua and most Quechua dictionaries define a layqa the same way: as a sorcerer or witch. So if you use the term today, you would be wise to use it in its contemporary, commonly accepted meaning or else you will be misunderstood. If a paqo today was called a layqa, he or she would likely be insulted or shocked!

Do the paqos work with Star Beings?

I cannot say with certainty that they don’t, but from all the conversations I have been part of (through translation) with many different paqos (mostly Q’ero) over the last two decades, I have never met a paqo who claimed there were “star beings” as that term is commonly defined. In fact, in one conversation in which they were really pressed, the Q’ero simply looked mystified when asked about 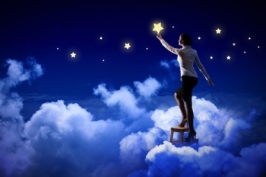 this. They insisted they do not work with “star beings” and did not seem to even understand the questions they were being asked about this topic.

They describe working with stars in two primary ways. First they may identify a particular star that they feel they are especially connected to. It is their “guiding star” but they see it not not so much as a spirit being but as the doorway or portal through which they came to earth and through which they will return to the hanaqpacha (upper world, God) upon death. Otherwise, they use the stars and constellations as calendars, to know when to plant and when to harvest, to take care of their herds in their various life cycles, and to mark the time for both sacred and common festivities and celebrations.

Remember, though, that everything is a “being.” A star is a chask’a, a planet a qoyllur, the night is Mama Tuta, and all can be considered beings because everything in nature is infused with kawsay, the animating energy. And, of course, there may be paqos beyond the Q’ero of the last generation, which is the generation I mostly worked with and who are mostly deceased now, who do believe in and work with “star beings” (as that term is currently understood in popular culture).

In terms of time, is the hanaqpacha (upper world) related to the future and the ukhupacha (lower or inner world) with the past?

No, the associations are exactly opposite! The hanaqpacha is associated with the past, and the ukhupacha is related to the future. There is much to know from the cultural landscape of the Andeas to fully explain this. But the short answer is that the upper world, hanaqpacha, is more closely aligned with the kawsay pacha, the eternal realm beyond time and space. It always was, is now, and always will be. Its qualities, according to anthropologists who have recorded local Andeans describing the hanaqpacha, include permanence, order, stability, persistence (as in the duration of time), and perfection. According to the mystical tradition, it is the upper portion of the Pachamama, the abode in which dwell those beings who practice perfect ayni, who are enlightened. For all these reasons, it is associated with the past, with the First Cause of creation that continues to unfold without end.

The ukhupacha is the realm of those who did not practice ayni well while alive. They are in a place of regeneration, where they can learn and grow as beings (including human beings) and transform themselves. Some anthropologists cite Andean people as describing the ukhupacha as a place of change, creation, and fertility. It is place of “becoming,” of evolving the self. Thus it is associated with process and potentiality and, hence, with the future.

I have not gone into detail in these answers, but I trust this Q & A session helped you brush up on concepts of the tradition you already knew but may have forgotten or not fully understood, and that you learned a thing or two new. If you have questions you would like me address, please email me at QentiWasi@gmail.com or JoanParisiWilcox@gmail.com.