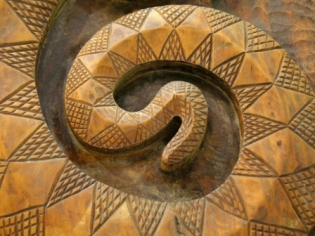 way they do in many other traditions, such as the Native North American tradition. Let me say off the top that I know some Western paqos work with a Medicine Wheel, and so associate animals with each of the four cardinal directions. But I have no knowledge of that being the case in Peru or as a formula used by any of the paqos I have worked with or know about.

The most common use of animals as spirit beings in the Andean tradition is as representative of the three worlds. The lower world—the ukhupacha—is represented by the snake; the middle world—the kaypacha—by the puma; and the upper world—the hanaqpacha—by the hummingbird, and sometimes by the condor.

The serpent, as the amaru or anaconda, rises from the earth, and in the left-side work we raise it as representative of our personal power. It changes color as it rises up our body along the spine and positions its head over the crown of our head: shifting from green, to black, to red, to silver and finally to gold. The colors are associated with the chunpis, or belts of power, and we can call on the snake of the corresponding colored belt to quickly access the capacities of that belt. For example, we can rise the amaru as silver to access capacities of communication and holistic conceptualization at the kunka chunpi, or silver belt at the throat. Or, when we need to take quick action with decisiveness and will, we can raise the aramu in its red guise, which corresponds to the puka chunpi, or red belt at the qoqso, which is the center of personal power and kinetic action. 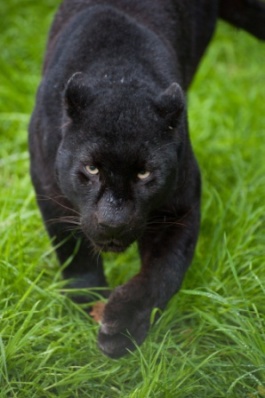 The puma is a representation of this material world, the kaypacha, and is mirrored in the geographical contours of the city of Cuzco, which is laid out in the shape of a puma. There are sacred sites and huacas situated along the body of the puma, some of which represent its chunpis.

The hummingbird is the messenger of the metaphysical God, bridging the upper world and this world. When we commune with spirits of the hanaqpacha—who are beings of perfect ayni—we say we are crossing the hummingbird bridge.

When we work with the chunpis and the Stairway of Seven Steps (which can be associated with the seven levels of human consciousness) we also work with eight helper energies: three of them are animals, four are humans, and one is the metaphysical God. We choose the seven animal or human helpers, so there are no universal symbolic associations with them. However, our zero-level helper is always a reptile; our first-level helper a mammal; and our second-level helper a bird.

These helpers can indeed help us! They hold the space within us for those capacities 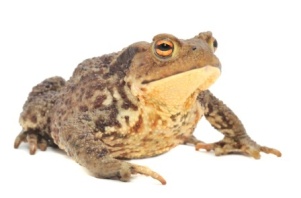 which are undeveloped in us. They help us to gradually realize our fullness and use our gifts. They also can serve as protector spirits. I remember Juan telling me the story about walking in Amsterdam at night and being confused about the street path, since there was a trolley line right through it. As he walked he suddenly found himself making a leap, like a frog, off the side of the track and onto clear pavement. The movement happened spontaneously. And a good thing it did, as a trolley rounded the corner and would probably have seriously injured or even killed him if he had not leapt to safety when he did. He credits his zero-level helper, the frog, with motivating his spontaneous leap.

If you have gone through the lloq’e work of don Melchor Desa and have chosen helper spirits, don’t forget to nurture them. They are not just there for use during the workshop exercises. They are there to represent your unexpressed capacities and to help you grow into them. By nurturing a relationship with each of them, they can indeed assist you in your life and your development as a paqo.