There are two primary cleansing practices in the Andes,  saminchakuy and hucha mikhuy. They are both cleansing in the sense that as you draw in sami you release hucha, and so improve your well-being or that of another person. But each of these practices is used for a different purpose.

Let’s review energy for a moment before we plunge in to discuss these techniques. It’s important that there be no misunderstandings about how Andean paqos view energy.

Remember, kawsay is the animating energy of the universe. Everything in the material world (Pachamama) is made from it. In its natural state, kawsay flows unimpeded. Another word for this highly refined energy is sami. When kawsay or sami is slowed down from its natural free-flowing state, it is called hucha. Humans have the dubious distinction of being the only creatures who can slow kawsay down, creating hucha. We want to both perfectly absorb and perfectly radiate kawsay, allowing it to flow through to us in its unimpeded state to empower us. But because of our emotions, feelings, inconsistencies, contradictions, and such, we don’t absorb or radiate kawsay perfectly. We slow sami down and, in some cases, stop its flow entirely. This is hucha. By not radiating sami perfectly, we lost some of our well-being. When we have a lot of hucha, we can lose a lot of well-being.

When we “cleanse” we are not decontaminating ourselves. Hucha is not bad, negative, dirty. It is simply slowed kawsay. But a primary metaphor in the Andes is of cleansing. Doing saminchakuy, Juan Nunez del Prado, says, is like taking a shower to cleanse your body. The metaphor is both one of cleanliness and of direction, as explained below.

Just like your body has a layer of skin, so does your poq’po, or enery body. If you don’t wash your body, you will begin to feel a bit grimy and uncomfortable. Same with your 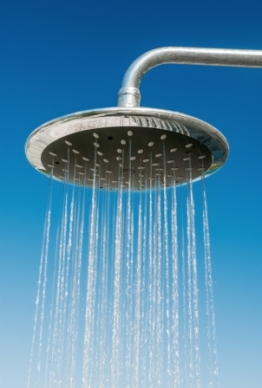 poq’po. Hucha turns your lightness a bit heavy and uncomfortable. So you “wash” the skin of your poq’po just like you wash the skin of your body. It feels great, doesn’t it?! While we say our physical skin is “dirty,” we can’t say the same with our poq’po—hucha isn’t dirty; it’s simply heaviness.

The other aspect of this cleansing/showering metaphor is one of direction. The flow of energy in the saminskahuy practice is downward, like water falls from the sky or a showerhead.  We bring sami down from the cosmos into our bubble and push hucha down out of our poq’po into Mother Earth, who transmutes it into sami. Basically, the free-flowing sami gets the hucha moving again, and Mother Earth finishes the work of returning it to its state of unimpeded motion.

Don Benito Qoriwaman said that if you “cleanse” hucha every day, you can, over time, return to a state of perfectly absorbing and radiating kawsay. So using saminchakuy alone, or in concert with saiwachakuy when needed, you eventually may even reach the sixth level of consciousness! 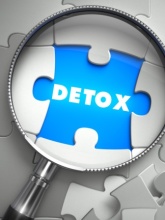 Both are ways to cleanse energetically, but they are used for different purposes and in different situations.

First, let’s review how hucha mikhuy is done. It is a technique by which you connect with another person’s poq’po and draw their hucha into your own poq’po, usually through your qosqo, or the energy center at your belly area. There it splits into two streams: you extract sami from the hucha and send it up and into your entire poq’po, empowering yourself. The other stream feeds the hucha from the other person down and out of your poq’po and into Mother Earth, who transforms it into sami. As you can see, it is an entirely different energy flow from saminchakuy.

Although you can use hucha mikhuy on yourself, it is primarily a technique for cleansing others—or more accurately on flows of energies from others to yourself that you experience as heavy. So, it’s great both for working on relationships where you experience a lot of hucha and on environments or situations that feel filled with hucha to you. Remember, you are the center of the cosmos. You can’t really know the state of another’s poq’po, but you can always know how energy flows feel to you. If you feel hucha, don’t worry about the other person, worry about your own experience. You have tools, such as hucha mikhuy, by which to “cleanse” flows so that they are sami-filled for you rather than hucha-heavy.

There are stages to learning this technique. The paqos advise that you first work on someone you have little difficulty with or are in good relationship with (everyone has hucha so you can practice on them), then move on to those with whom you feel emotionally neutral, and finally, once you are experienced in the technique, you can begin to work on those people with whom you feel heaviness.

Juan Nunez del Prado says that hucha mikhuy “moves you faster.” In a sense, you can get more “cleansing” bang for your buck. Using a metaphor, he says saminchakuy is like a child eating soft food, whereas hucha mikhuy is like growing up so that you can eat stronger foods. You can chew once you get teeth! Hucha mikhuy is for those with teeth! 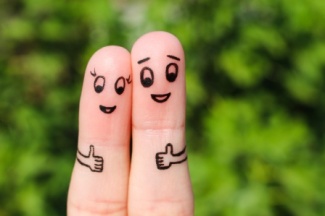 Juan tells the story of a colleague with whom he had almost no good relations. They avidly disliked each other. He used hucha mikhuy on that relationship, and although it took more than eight months, eventually the hucha was transformed and they became cordial. From that state hucha-free state, he and his colleague built a solid friendship.

In another example, long ago the villages of Q’ero were ravaged by a small-pox epidemic. One paqo, Garibilu Q’espi, was the only surviving son of a family of seven boys. As he watched the Q’ero dying in great numbers, he realized he had to do something. So he tried hucha mikhuy: he “ate” the energy of the small pox epidemic and actually saved the Q’ero from being wiped out. To this day he is revered in Q’ero as a hero.

That hucha mikhuy is powerful doesn’t mean that saminchakuy is not. It is. But when the heaviness is substantial, and especially if it is between you and another person or a situation outside yourself, than hucha mikhuy is the practice of choice.

By cleansing hucha from relationships and situations, we not only empower the other person but also ourselves. Juan says it “propels both you and the other person; it fuels you differently than does saminchakuy. It drives your life faster because there is more sami in 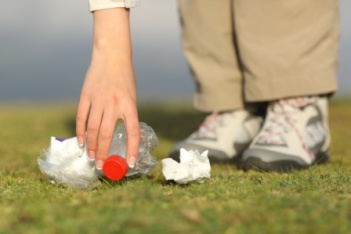 your relationships and yourself.”

As paqos we are obligated to use our personal power for our own benefit and that of others. As Juan says, “If you walk by garbage on the ground, you stop and pick it up. In a similar way, if you touch heaviness in those around you, you cleanse that hucha.”

Your primary tools for cleansing hucha are saminchkauy and hucha mikhuy. You know better now which to use in particular situations. Once you master hucha mikhuy (learning it the way the paqos advise) you have a powerful way to improve your relationships—and thus increase your own well-being and that of others.