It’s more than two weeks into the demonstrations against racial injustice spurred by the police murder of George Floyd and it is clear that change may finally be imminent. Although regrettably there has been sporadic and sometime intense violence, most of the protest gatherings have been peaceful. Now that the initial intensity of reaction has worn off and those still marching are protesters who are committed to change and so are in it for the long haul, it is timely to consider what stance a paqo might take to protesting or to seeking change of any kind under any 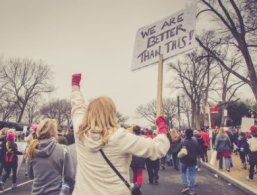 When I say “paqos,” I, of course, mean those of us who are non-Andeans but are practitioners of the Andean mystical tradition. We are a varied group: we are North American and South American paqos, European paqos, African paqos, South East Asian paqos, and on and on. We have adapted the Andean mystical system to our needs, time, and cultures. But we hold dear and we practice the universal core precepts of the Andean tradition. So accounting for these intrinsic cultural distinctions, we can surmise what a paqo might look like as a protestor, as a change agent.

At the heart of our protest we would strive to always be in ayni, which means we would think, speak, and behave in ways that added to the harmony of the world, especially as we seek to bring harmony to the disharmony of the problem. Don Benito said that we know what Taytanchis/God always asks of us: ayninakuychis—practice ayni.

So you can ask yourself, Am I the master of my own energy? What is the condition of my own awareness and the expression of my awareness? Am I speaking and acting from munay, fostering sami rather than hucha? Am I keeping to the forefront of my thoughts the decision to be part of the solution rather than to only be a representative of the problem? Am I rejecting the view that anything but forceful, disruptive, and even violent protest is really a form of appeasement?

The counter view is that of non-violent protest, which is a stance in accord with the Andean precept of ayni and so requires that you be a master of your energy. You will be aware of the flow of relational energy between yourself and others, including members of law enforcement and counter-protesters who don’t agree with you or your cause. There are many ways to view the unfolding of relational energy, but a core one is tinkuy, tupay, taqe. Tinkuy is the initial meeting, the touching of poq’po to poq’po. In the flash of a few seconds you have a decide how you will respond, how you will interact with this other energy. Will it be from peace and munay or from hostility and aversion? Your reaction takes you to tupay, the sizing up and response, which in the meaning of tupay usually refers to adopting a competitive or

confrontational stance. Can you avoid that kind of reaction? Too many law enforcement members and protesters cannot. Too often the relational energy at this second stage of tupay becomes one of opposition. And the relationship stays stuck at this stage of hucha-inducing interaction. But if you can avoid that kind of response, then you can proceed to the third stage of relationship, taqe, which means to join. This is the sharing of energies in a beneficial interchange. Above and beyond the need to oppose injustice to get a message across and spur action toward solutions, it is only when we as change agents assume a stance of taqe (being the joiners of energy) that the two opposing parties can move from competition to cooperation. And from there we can work together to actually find solutions and enact them.

Here’s a simple way to encapsulate the Andean precept of ayni: As human potential leader and author Marianne Williamson has said, as have many others, you cannot be part of a peace march with war in your heart. Or with hate for your opponent, no matter how heinous the crime.

I am reminded of something my primary teacher, don Juan Nuñez del Prado, told me. The Q’ero were marginalized, and worse, for most of their history since the Spanish conquest of Peru, as were all indigenous Andeans. They were treated horribly, as something akin to indentured servants to the Spanish landowners. But when asked where the landowners would go after death, a paqo said they would go to the hanaqpacha. Why? Because, he said, God is merciful. That’s the spirit of ayni—understanding that no matter the state of our human consciousness, we are all children of Taytanchis/God. And God is merciful. So how can we seek to be anything less? We can hate the sin, but we must be merciful to the sinner, understanding that people can only think and act according to their level of consciousness. There are seven levels of consciousness, and most people are at the third or below. We may not condone their behavior, but we don’t condemn the innate spirit of the person, and we work to help raise consciousness. We cannot do that if we are at the same level of consciousness as our tormentors.

Christ, who is a prototype of the sixth level of consciousness, said: “I was hungry, and you gave me something to eat. I was naked and you clothed me. I was homeless, and you took me in.” In that sixth-level spirit, our message as paqos protesters is, “You oppressed and even murdered because you did not value this life, and now I will help show you the value of every life—even the value of yours.”

Elie Weisel, a survivor of the Nazi concentration camps, has said something that might at first blush appear to be counter to Christ’s message, but to me it is not. He said, “We must always take sides. Neutrality helps the oppressor, never the victim. Silence encourages the tormentor, never the tormented.” Paqos always have opinions, and so they choose their cause (what Weisel is calling a “side”). They don’t remain silent. But they raise their voices not as counter-oppressors meeting their opponents at the same level of consciousness, but as liberators from habit and entrenched thinking, as stewards of a higher vision.

That said, paqos are not naive. We cultivate our qaway, our ability to see reality as it really is. So the words of former slave and activist Frederick Douglass come to mind: “Those who profess to favor freedom and yet depreciate agitation, are people who want crops without ploughing the ground; they want rain without thunder and lightning; they want the ocean without the roar of its many waters. The struggle may be a moral one, or it may be a physical one, or it may be both. But it must be a struggle. Power concedes nothing without a demand. It never did and it never will.”

But at the fourth and higher levels of consciousness in relation to protest, struggle is

not violence, power is not domination, demand is not insistence on others’ agreement with you. What Douglass’s words speak of, from a paqo protester’s perspective, is clarity of purpose, perseverance, and patience. Revolution might feel good, as a release of pent-up passion, but the work of revolution takes decades. The work of righting the wrong of systemic racism and other such deeply embedded cultural biases will start after the protests end and everyone goes home to their communities. It really begins in earnest when they get down to the delicate, and often fraught, work of talking and working with those they view as their opponents. So, the question becomes, Will I be there, face to face with those I think caused the problem, in ayni to help eat the hucha and be a bestower of sami? That’s when you truly become a paqo protester.