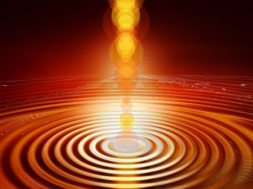 As we work to evolving our consciousness to the fourth level, we can’t help but reframe our views about what it means to be a human being, revise our beliefs and values, and generally act in the world in more efficient, practical, and impactful ways. And if we strive to achieve the level of a teqse paqo—a universal paqo—we refine our capacity for yachay (knowledge), llank’ay (ways of acting) and munay (expressions of love and of our highest feelings). It’s not too hyperbolic to say that we seek to live our godliness. So, in this post I would like to explore what we can learn from how Andeans named God and understood certain characteristics of godliness.

The Andeans had many names for God, among them were:

Holding the thought that the Andeans, through this name for God, saw God as the 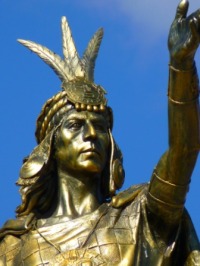 “one who joins,” let’s take a look at the other great being of the cosmic world: Satan. Under the influence of Christianity, many Andeans now believe in and talk about the devil and sin. However, in the past, they may not have. See my blog post “Evil and Andean Mysticism” (April 24, 2017) for a discussion of the closest figure I could find in the Andean pantheon of spirit beings to the Christian devil. His name is Supay. He actually was the guardian god of miners and of minerals and was associated with the underworld (ukhupacha) and so came to be associated with mortality and thus death. But he was not a personification of evil. However, it appears this is the figure the Spanish Chroniclers morphed into an Andean devil, wrongly as far as I can tell.

Most religions teach some form of opposition in these two energies: Good versus Evil. The energy of God is expressed as creator, ultimate authority, righteousness, benevolence, and so on; and Satan, as the fallen angel Lucifer, is the Evil One, whose expends his energy to draw us away from God, tempt us to sin (create hucha for ourselves), and so on.

If we trace the origins of certain words—such as Satan and the Devil—we will discover that those root meanings provide us insight into this being’s energetic influence on us and in the world. In Hebrew ha–satan means “the adversary.” The 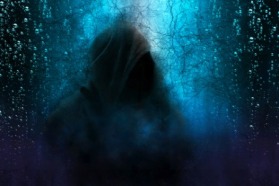 Hebrew Bible was first translated into Koine Greek, and the Koine Greek word for what came to be translated as “Satan” was kategoro, which means to “categorize” or to create a “division.” The Greek word for “Devil” was diabolos, which means “accuser” or “slanderer.” I think you can immediately see that the meanings of these words are a far cry from “evil.” Mostly, if we rely on these root meanings, the devil is our adversary because he is the one who seeks to cause us to divide or separate ourselves from our true nature—our godliness.

Here is the question that all of this information is leading you toward: As a human being and as a paqo, are you expressing the energy of “joining” (God energy) or of “dividing” (Satan energy)? 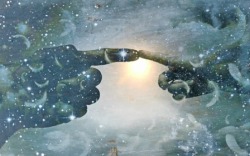 how you decide which leaders, spiritual and political, to support or not. What a shift in understanding what is going on in our world today.

When we view people and situations according to this view of “joining” or “dividing” we can release the too-rigid judgments of good and evil and instead see people and their words and actions as either furthering our cooperation or fostering our separation. What a kinder—and less accusatory—way to view the world. Most important, as paqos we can examine our own thoughts, words, and deeds to ask: “Is this a joining energy or a dividing one?” As Kahlil Gibran counsels: “Your living is determined not so much by what life brings to you as by the attitude you bring to life; not so much by what happens to you as by the way your mind looks at what happens.” Imagine the possibilities if we all adopted the attitude of being Great Joiner Gods.