During part of the Andean training (as passed down through Juan Nuñez del Prado and his lineage of don Benito Qoriwaman, don Andres Espinosa, and don Melchor Desa), students learn to speed up energy to create munay (love—it is a power that is under your will!) and then to speed energy up even more to create hampe, the healing energy. As we discuss healing Andean style, a lot of questions come up because some of these teachings are in conflict with what students may have learned about healing when studying other traditions. So let’s revisit a few of the main questions.

energy. Ayni is your intention to move energy, especially in relationship with the kawsay pacha. You are always in energetic interchange with the cosmos of living energy. The very fact that you are alive means you are interchanging energy with the cosmos. The nuance is that you can be in conscious or unconscious interchange—you can either be directing your intention with awareness or acting unconsciously. But you are always moving energy, and energy is always moving through you.

If you are attempting to do a healing, that healing is predicated upon the energy dynamic overviewed in the previous paragraph. You are by definition consciously using your intention. And energy must follow your intention. The same goes for your client.

With these basic premises established, the questions that arise are several. The ones below are the main ones that come up in training.

In the healing of the Andes as passed down through these lineages, a healer is mostly, and usually only, working on the energy body, not on the physical body.

The healing intention (whether using the practice of saminchakuy or of hucha mikhuy) is to release hucha from the poq’po (energy body), which then improves all level of being since the energy body informs the emotional body and the physical

body. So as paqos in this lineage, we do not directly concern ourselves with the physical manifestation of hucha, but with the hucha itself. It’s not about healing a kidney tumor. It’s about getting slow energy moving again through the poq’po. Then the person’s body responds in the way that it can. Maybe the tumor will shrink, maybe not. But you can be sure that with less hucha the person will be empowered and his or her immune system enhanced. That is why we say in this tradition that all healing is self-healing.

Everything I just said applies to paqos of the first four levels of the path. Currently, there are no paqos known to be working at higher than the fourth level of consciousness. At this level, sometimes as healers we are successful (at helping a person activate their physical self-healing capacities) and sometimes we are not. However, this is not so at the fifth level of consciousness.

The mark a fifth-level paqos is infallible healing. They are successful every time they 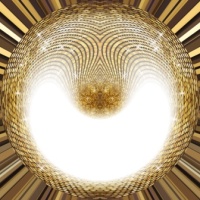 heal, on every type of disease and ailment. They don’t fail! There have been fifth-level healers in the past, and there may be people we don’t know about who are fifth level now. There no doubt are people who sometimes display fifth-level capacities, but can’t maintain them all the time. We really don’t know how fifth-level healers work. They may be  moving energy so efficiently that the poq’po returns to a pristine state of sami and thus physical well-being returns at all levels for the client. Or, they may actually be able to directly affect the Pachamama (the material world) and reform the body at the cellular level. We just don’t know for sure.

I bring this point up to remind you that everything we discuss in this post relates to fourth-level healers.

Do I Have to Ask Permission to Heal?

No. Because you are working only on hucha, you are working at the skin level of the poq’po. Hucha doesn’t get too deep into the poq’po, because there are actually seven layers to it, each like a filter. When hucha penetrates to each level, the filter there speeds it back up, turning it into sami. So most hucha is on the skin of the poq’po and that is where we work in healing. As such, you are not actually penetrating the privacy of the person’s poq’po, and you don’t have to ask permission.

In addition, according to Andean ethics, healing is always empowering. You empower yourself, the person you are working on, and since you are feeding hucha

to Mother Earth and she loves to eat hucha, you are empowering her. The healing forces are munay and hampe, and they are gifts we give others.

That said, just as there are different philosophies about what healing is and what you are doing while attempting healing, there are different ethical systems for different healing traditions. Those ethics grow out of the tradition’s philosophy.  So, be clear about what tradition you are working within and follow that ethical system. If you are going to do Reiki, then the ethical system of that practice says you must ask permission. If you using Andean practices, such as saminchakuy to cleanse hucha, the ethics of the Andean system say that you don’t have to ask permission. In fact, the Andean ethical system says that if you have the personal power to help another person, then it is your responsibility as a paqo to do so. Whenever and wherever you see need, you use your practices to alleviate it. It is not really a choice, it is a responsibility. So the point here is that you may know more than one healing technique and you would be wise to follow the ethical system of the practice you are using.

Can Healing Override a Person’s Karma?

According to the Andean system, this question is moot. First, the Andean system does not recognize karma as it is known from the Hindu system. Second, all healing is self-healing, so you are not doing much more than helping to activate a person’s self-healing capacity. You are not doing the healing, the person is, so his or her will is involved and you are not overriding that will or, by extension, that karma.

Remember that Andean techniques for healing use intention to move energy. The energy is all the same, whether it is hucha or sami. It is all kawsay, just kawsay

moving at different speeds, at different levels of refinement. So, really, you are not doing anything except affecting the speed of the energy in the person’s poq’po. If the person doesn’t want to heal (consciously or unconsciously), he or she will just accumulate more hucha and most likely return to the state he or she was in before you attempted to release hucha. In this regard, once again, you cannot trump another person’s will. The way that person engages the world of living energy (ayni) is the deciding factor in every aspect of his or her being and life. So don’t worry about being so Godlike that you are changing a person’s state of being. Just offer the gift of munay and hampe, and let the person receive it or not, use it or not.

What About Using Other Tools?

All work in the Andes is invisible, because it is based on ayni—interchanging energy via your intention. However, once you take that to heart, you are free to play and express yourself as a healing “artist.” If you want to use a crystal, feather, bell, or whatever, go ahead and do so. Healing is an art. Every paqo has a personality, a

style, just as every artist does. There is nothing wrong with developing a personal style and artistry. Just don’t turn the external items into fetishes, which means you transfer your personal power to them of instead of claiming it for yourself. The misha and despachos are great eaters of hucha, so it is all well and good to use them. But they, too, can be turned into fetishes. Remember, they are really only symbols of or external physical embodiments of your inner personal power and the quality of your ayni. They have no power if your personal power is not invested in them.

Two other quick points. The first is that a healer always has to meet a client where that client is. If your client needs to believe in the healing by seeing you use a rattle, crystal, or whatever, then without judgment meet that person where they are in their belief system and use such things. Belief is crucial to healing. The placebo effect is not false, it’s just misunderstood by Western medicine to be only about belief. In the Andes we know that belief is a kind of intention that moves energy. It is a form of intention, and energy must follow intention. So engage your client’s belief system, but don’t be fooled yourself into thinking you must use a crystal or feather or whatever. That would be giving away your personal power.

The second point is that the Andean system integrates well with other systems. So as long as you are clear about each of the traditions you are using (say doing saminchakuy with Reiki), there is no conflict with the Andean cosmovision about your using anything and everything that you think will help. The Andean system is not exclusive, but inclusive.

I have one student who, after learning how to loop energy and speed it up to create munay and hampe, experimented with looping the energy through different kinds of

crystals and gems. He found that those gems seemed to vibrate at a higher and more powerful frequency after “charging” them with hampe energy. He then used them on his client. However, he was clear that the flow of energy started with and ended with his own intention to move energy. He controlled the flow of energy through his “tools,” not the other way around, so there was no danger of his turning them into fetishes. Still, he discovered something interesting and useful about energy, and he can now use that to his own and his clients’ benefit.

As Dr. Silva Hartmann says, ““Energy work is priceless. It makes every day extraordinary and transforms the mundane to the holy.” That is the stance of an Andean paqo—and especially so when it comes to working the energies for healing. You are moving energy to make a person believe they can transform themselves from a mundane being to a holy one. And healing doesn’t get any more important than that.

2 thoughts on “Questions and Answers About Healing”