We are in the time of the Taripay Pacha, the Age of Meeting Ourselves Again, when humanity is marshaling the energy to consciously evolve. It’s a Pachacuti, a potential “overturning” of space-time, when an energetic evolutionary door is opening to usher in radical and beneficial change. Nothing is guaranteed. What our future looks like is entirely up to us. But despite the chaos we see and feel around us, this is a hopeful time for 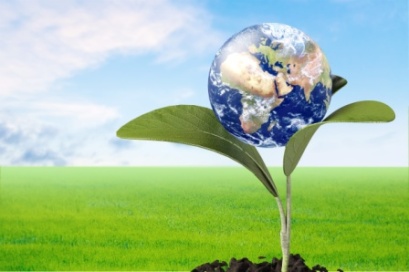 those of us on the Andean path. It’s a time to do our personal inner work, so as we change, grow, and transform we contribute to the greater well-being of the world.

Evolution is very much a part of the Andean cosmovision. It’s interesting that in the Andean tradition, unlike many other traditions, the “wild” is lower down the evolutionary scale than is the “domesticated.” Although the Andean tradition is deeply connected to nature, it values that which grows in refinement, coherence, and organization. You can think of this as moving from the unformed to the formed, from the unconscious to the more conscious. For example, “sacha” is deemed higher on the evolutionary scale than “salka.” Sacha is the forest, but in this case it would refer to domesticated landscapes, where trees are planted and subject to forestry husbandry practices. Salka is the wild landscape, untouched and left to its own. Sacha is the landscape to which human effort has been imparted. It evolves through intent and care. It is not one that has been decimated by humans, but cared for lovingly. It is evidence of thoughtfulness and even munay, and as such is an evolving landscape.

In the same vein, the symbol of the kaypacha, the puma, follows this pattern. In the Andean schema, the otorongo, the wild jungle puma, is lower down the evolutionary scale 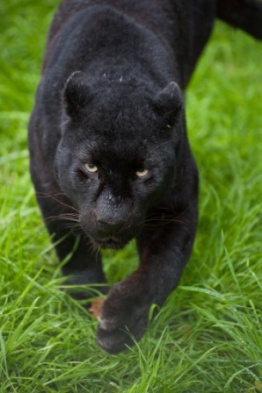 than is the more domesticated mountain puma.  Paqos work with the mountain cats, not the jungle cats.

This concept of the evolved in nature connects with the continuing development of conscious human evolution. The idea is that things move toward more perfect versions of themselves; they move toward greater capacity; they move toward God realization, which is unlimited potential.

This does not mean that wild things are “less than” per se. They are simply at the lower end of their full “realization.” This is a controversial concept for many Westerners, who may still operate under the sway of archetypes such as the perfection of unspoiled nature and the sentimental valorization of the noble savage. But Andean see things differently. They have a concept of movement toward higher forms of function and increased capacity—greater ayni. To be in reciprocity, in tune with the cosmos, one moves from wild to less wild, from pure instinct and uncontrolled urge to self-responsibility and conscious intent.

There is an Andean concept of the three ages of man, moving from the Age of the Wild Man to that of the Solar Man to that of the Metaphysical Man. This movement toward a more refined consciousness and more perfect ayni has parallels to the spectrum of physical evolution, of humans moving from unthinking apes to thinking, feeling modern humans. We move from being solely survivalists, concerned mostly with our physical safety and well-being, to becoming thinkers, such as scientists, philosophers, and poets. This evolutionary thrust toward more highly evolved (organized, structured, productive, sophisticated) forms includes landscapes and the creatures of nature, which is why Andean see salka, the wild, as less evolved than sacha, the domesticated.

Even the symbols of the three worlds have evolved. They have changed as we have changed, as we have move through these ages. For instance, the old emblem of the upper world, the hanaqpacha, was the condor, who is the great hucha eater. Today, we are moving, or have already moved, to a new symbol of the hanaqpacha, the hummingbird.

The hummingbird is a producer of sami. The entire focus of the age has changed from one of releasing heaviness to producing lightness. We now are expected to make sami. While 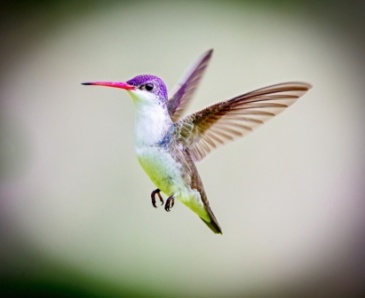 we still need to release hucha, our focus in the Taripay Pacha, as creatures of conscious evolution, is to increase the sami in ourselves and foster it in others. This is a huge conceptual shift. It is almost like making a shift from carrying the burden of original sin to celebrating ourselves as creatures of original virtue. You can see how massive a change this shift in perspective can engender as we move our focus from releasing to generating, from reducing hucha to actively increasing sami.

We must bridge the lower world—the ukhupacha—in new ways as well. In the Andes, the ancient symbol of the lower world was the frog. Today it is the anaconda, or snake.

The ukhupacha, contrary to common thought, is not only a place where beings go who do not practice ayni; it is the place of regeneration. It is where those people who don’t know ayni go to regenerate themselves, to evolve. This, too, is a massive reframing in our way of conceptualizing our place in the world and in the cosmos. It leads us from thinking of the ukhupacha as a place that is “less than,” and passive, or even a place of punishment (it isn’t) to seeing it as a place of doing, and of potential and possibility. No one is lost. No one is condemned. At the very worst, if you still need to learn ayni upon your “death,” you find yourself in a place of self-regeneration. The ukhupacha is a place of evolutionary movement within. The Andean conceptual landscape is always one of positivity. There is always a path to growth, change, and transformation. The focus is always on achieving wholeness.

The symbols of wholeness are the tawanatin and the chakana. The chakana is the Andean cross, but it is more than a symbol of an empire or a culture. It is a symbol of a living tradition—of a bridge between cultures. As Juan Nuñez del Prado says, we are each a chakana—we are people who are building a bridge between traditions and fostering the shift from one age to another, more evolved age.

What of this world, of the kaypacha? When we conceptualize the entire landscape of the Andes in the Three Worlds—the hanaqpacha (upper world), kaypacha (this world), and ukhupacha (lower world), we see that the whole is divided into three parts, similar to how space-time is segmented into three ages.

You might say that the kaypacha—this world—occupies the most space. It is itself divided into two parts, an upper and lower part. In the upper part of the kaypacha is Pachamama and the stars and galaxies—the material cosmos. The lower aspect of the kaypacha includes the planet Earth (Mama Allpa), the apus, ñust’as and other spirit beings of earth.

We work as bridges between these three worlds, empowering ourselves with the sami from the enlightened ones of the hanaqpacha and sending sami to the ukhapacha to help empower the people of the lower world who don’t know ayni. Our practice is inherently evolutionary. We receive from those more evolved from us and we give to those less evolved than us. You might say we take from the sacha (the refined, the evolved) and give 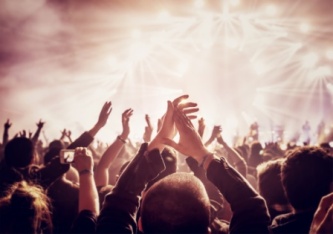 to the salka (the unrefined, the wild), although that might be stretching the metaphor a bit.

The value of understanding how we are chakanas—bridge builders—at many levels is that we can deepen our practice and make it incredibly useful. We are not paqos for the fun of it! We are working to further our own conscious evolution and that of the world. We are helping to birth a new and better world, to usher in the Age of the Metaphysical Man/Woman. Our world is one that has evolved through eons from the unformed wildness and narrowed scope of the instinctual and unconscious self to the more refined, responsible, and self-aware self.  Make no mistake about it—as a paqo you are taking on nothing short of the work of the world as you help move us toward realizing our fully enlightened selves—right here on earth in our human form. We are all active participants in the Taripay Pacha, and realizing this can energize our practice as paqos.