What Are the Mullu Khuyas?

A few people have asked me to write about the chunpi khuyas, which are more formally called the mullu  khuyas. Let’s start by examining the terminology.

Chunpi means “belt” in Quechua, In the mystical tradition this refers to the four “belts of power” of the energy body. More on that later. . . Depending on which Quechua dictionary you are using, the word may be spelled with an “m,” as chumpi.

Mullu refers to the spondylus, otherwise known as the thorny oyster or spiny oyster. As far back as 4200 BC, the shell of the spondylus was used to make sacred or ceremonial items, and during the Inka Empire was fashioned into jewelry for the royal families. Chunpi stones were originally made from f this shell, which ranges in color from dark red to an orangey pearlescence. There is some indication that this shell was prized even more highly than gold. There was plenty of gold in Peru, but the spondylus was scarce. It lived only in the waters off the northwestern 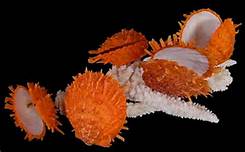 coast of Peru, and most of it was probably imported  or traded into Peru from what is now Ecuador and other countries north of Peru. The flesh of the oyster was considered as the food of the Gods.

—and opens the mystical eyes—the ñawis—I will briefly go over the belts. There are four of them: one is around the lower trunk of the body, called the yana chunpi or black belt; another is at the belly area, called the puka chunpi or red belt;  the  belt at the chest and heart level is called the qori chunpi or gold belt; and the one around the throat is the qolqo chunpi, or silver belt. When you open the three eyes of the head—the two physical eyes and seventh eye in the middle of the forehead—you pull in violet energy, so this area around the head at eye level is sometimes referred to as the kulli chunpi, or purple belt, although it is not formally considered a belt.

To perform the karpay, which is called Chunpi Away (the second word means “to weave” and is pronounce rather like “ah-why”), you are literally creating the belts, weaving them into your energy body. They do not exist before they are woven in the karpay. Also, they made fade over time, so it is a good idea to perform the karpay occasionally and to work the belts often. Each belt contains an “eye,” called a ñawi. These already exist in your poq’po (energy body) but they are awakened during the chunpi 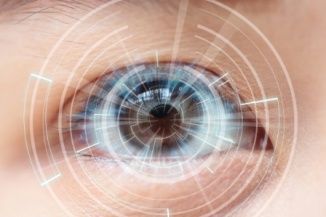 ceremony. This aspect of the karpay is called Ñawi K’ichay, which literally means opening the eyes.

The only other point I will make about the karpay itself is regarding the black energy that is pulled down the spine and then wrapped around the hips and through the legs to make the yana chunpi. What many people don’t realize is that this is willka energy. Willka is the black light energy that is considered by many paqos to be the highest expression of sami in nature. In the karpay you actually make willka! This is accomplished by pulling gold and silver cords of cosmic energy into the head and down the spine, crossing these cords of light at the neck, and then pulling green earth energy up into the root of the spine and up the spine to the base of the neck. When you have these three cords in place, you then blend them into black light energy and pull the black light down the spine to make the yana chumpi. The important point of understanding here is that when you integrate cosmic energy and earth energy inside the human body, you make willka energy.

There are five mullu khuyas used in the karpay to weave the belts. Each has a specific number of points or protrusions, from one to five. The names of the stones follow the sequence, using the Quechua word for that number (but beware that dialects of Quechua vary). The stone with one protrusion is called ch’ulla. According to some scholars, this word means “single foot.” The two stone is called yanantin. This stone doesn’t use the literal number of the points as a name, as yanantin refers in the mystical tradition to the complement of differences—to two things that are different but that can be integrated harmoniously. The stone with three points is kinsantin, literally “three.” The one with four points is tawantin. Tawa means four, but of course this word is loaded with meaning. 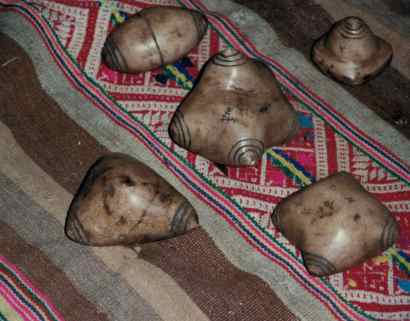 The Inka Empire was called the Tawantin because four nations were integrated into one Empire. It also refers to the sacred integration of four factors. A despacho, or nature offering, is always based on a tawantin. Many other aspects of the mystical work are based on a tawantin. Finally, the stone with five protrusions is named after the number five, pisqantin. (The picture is of my set of mullu chunpis, which, according to the estimation of my teacher, Juan Nuñez del Prado, were probably made in the late 1800s. The stones are pretty large, with the five stone filling the palm of my hand.)

Although these khuyas as used during the karpay to weave the belts, they are not necessary. Remember, nothing outside of your own intent and personal power are necessary in the Andean mystical tradition. If you think that you lose the power to perform the karpay because you don’t have a set of these khuyas, then you are turning them into fetishes. Energy follows intent in this tradition, so you can perform the karpay using only your intent to follow the the instructions for weaving the belts and opening the mystical eyes. If you receive the karpay from someone who has a set of mully khuyas and uses them in the karpay, but you don’t have a set yourself, no problem either. You can later refresh the belts using only your own intent and following the protocol of the karpay.

So that’s something about the mullu khuyas. If you have questions about other aspects of the Andean path, I am happy to try to answer them and share what I have learned about the tradition.

4 thoughts on “What Are the Mullu Khuyas?”