One of the penalties of refusing to participate in politics is that you end up being governed by your inferiors.
— Plato

No matter what your political party affiliation or where you fall on the spectrum from liberal to conservative, if you are a person who practices the Andean way, there is a Andean lense through which to view politics.

At the current time, this post may speak more to those from the United States, who are in the midst of a presidential election cycle, but it is relevant to all who take their civic duties seriously.

The first lesson a budding paqo learns is about ayni—reciprocity. The supreme practice for learning ayni is the hayway, or despacho. Ayni is the natural law of the cosmos and the driving force of evolution. It is the teaching that is quite literally at the heart of human conscious development.

However, ayni is not just any kind of exchange. It is one that moves from the foundation of feelings, not the impulse of emotions. Feelings are distinct from emotions. Feelings are the “big” expressions of our humanity, Platonic in scope and character: compassion, generosity, empathy, kindness, love as agape. Feelings are  energetically connected with the qori chunpi, or belt of power at the heart.

In contrast, emotions, associated with the belt of power at the belly, or qosqo, are more transitory, and are situation- and circumstance-driven. You feel happy one moment when

things are going well and unhappy two days later when they are not. You are kind when people treat you well and are insulting  or hurtful to them when they do not. You are madly in love this month and angrily kicking your lover out the door the next.

Both feelings and emotions drive ayni, and both can be expressed at any level of the six levels of consciousness. (The seventh level may be beyond human feelings and emotions. See my May 23, 2016, post, “Cleansing Emotional Hucha,” for a description of the seven levels of consciousness.) Because the highest expression of ayni arises from feelings, it is not just any kind of exchange but an exchange that is larger than the two people or entities (such as cultures or nations) involved. This kind of ayni is the opposite of ch’allay, the mercantile, self-interested exchange. Ch’allay is about me, for my benefit, to enhance or enlarge my own interests. Ch’allay doesn’t really consider the other party except as a means of fulfilling a practical, personal desire. It involves transactions more than interrelations. Buying a car is ch’allay, but treating the salesperson with respect is ayni.

As you go to the voting booth, in the United States on November 8 or elsewhere at other times, ask yourself: Who among the candidates understands and acts from ayni instead of ch’allay? Also remember that ayni is not a stream of earthbound energy; it has cosmic ramifications. It is always cosmic in scope because everything, including human consciousness and its intent, is part of the vast web of a living universe. So ask yourself: Which candidate’s platform and vision have the most beneficial impact not only at the personal level but at the spiritual and cosmic level?

The answers will help you choose to elect a fourth-level public servant instead of a second-level or third-level politician. Among other qualities and characteristics, a fourth-level person has personal opinions, beliefs, and stances but doesn’t feel he or she has a monopoly on truth and so is open to others’ ideas and opinions. This person sees beyond constructs and symbols to serve as witness to that which unites people rather than only to that which divides them. Such a person can see Spirit and the sacred wherever he or she goes, in all kinds of environments and through all kinds of lenses that are different from his or her own. A fourth-level person has a global vision even if his or her actions are primarily local or regional. 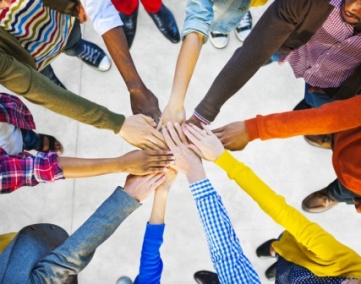 masintin and yanantin. In their simplest forms, masintin is a relationship of shared characteristics whereas yanantin is one of dissimilar characteristics. Yanantin relations tend to cause the most hucha—but only if the person is blind to the energy dynamic. A person wise in the ways of energy dynamics will be aware of where and how his or her relations are similar and where they are dissimilar, and act accordingly to prevent discord and harm. It’s easy to act from feelings (empathy, compassion, kindness, generosity) when feeling kinship with another person or group (masintin). Fourth-level maturity comes into play when those interactions feel distant and different (yanantin). When faced with a combative press, a disparaging opponent, a hostile crowd, a fickle ally or a ferocious foe, the skills of the fourth level are crucial to keeping the yanantin energies from creating hucha for all involved.

As you cast your vote, carry with you the Andean teachings  of the three human powers: munay (love grounded in will), yachay (intellect, reason, logic) and llan’kay (the physical 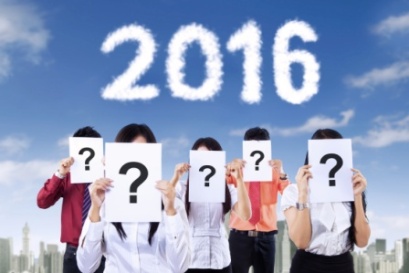 , being able to propose action and then take it; following through on words with actions). An effective leader will have harmonized the three human gifts within. That person will say what he or she means, do what he or she says, and both speak and act (with munay and from ayni) with the larger good in mind. Someone who has harmonized the three human powers within is someone who has integrity, which surely is a core characteristic we want in those whom we elect to govern.

There are many more Andean teachings that can help us nurture a fourth-level political awareness. Those I have written about, however, are fundamental to ensuring that we not only hold ourselves to high standards, but expect the same, if not more, from our elected officials.